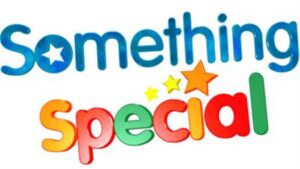 Something Special is a BAFTA Award-winning BBC Cbeebies show devised by BBC producer Allan Johnston, a former teacher at a special school.
The show is presented by Cbeebies legend Justin Fletcher and his alter-ego ‘Mr Tumble’. In addition to playing Mr Tumble, Justin Fletcher plays numerous members of the Tumble Family including Miss Polly, Grandad Tumble, Cliff Tumble and Lord Tumble to name but a few! Justin, the Tumble Family characters and the children who appear on the show all use Makaton signs & symbols to support speech and teach the viewer at home how to sign. 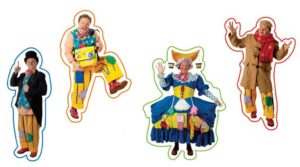 The initial series were studio-based and introduced concepts through songs, activities and the signing activities featuring the phrase ‘You sign….’ to encourage the viewer to sign along with Justin. Later episodes increased the signing repertoire for older children and more recent series have included changing locations and the introduction of the Tumble Tapp (a tablet computer on which appears the special things that the children need to find). 2016 marks the start of the 10th series of Something Special which, in children’s TV history, is a remarkable achievement.

You can watch episodes of the programme on Cbeebies or BBC iPlayer. It’s also it’s well worth checking out the Something Special website too where you will find games, activities, Makaton signs and symbols as well as Mr Tumble singing and signing some nursery rhymes.

If you cannot get enough of Justin and Mr Tumble, then you can find copies of the monthly Something Special Magazine in your local shops and there are lots of Mr Tumble toys and merchandise for you to enjoy too! 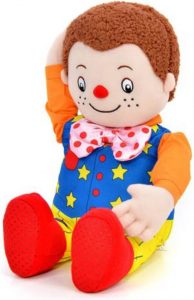 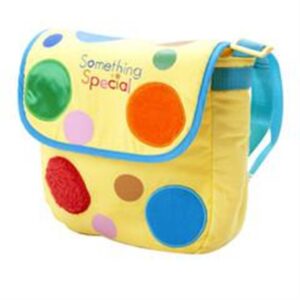 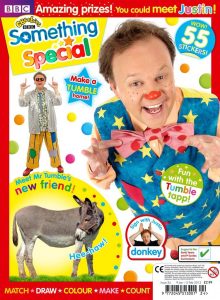