So often we are asked “How did you start Singing Hands?” as people assume we have come from a teaching or performance background and just one day came up with the rather clever idea to add signing to music.

Not quite. The saying “necessity is the mother of all invention” describes our situation perfectly. Singing Hands came about as a direct result of a life-changing experience back in 1999 when our two children were born. As we all know, becoming a parent of any child is life-changing, but you assume it will take you a new adventure where you have some vague notion of what sort of life it might entail. However, becoming a parent of a child with a disability instantly took us off on a different trajectory, to a world with which neither of us was familiar, and where we faced an uncertain future.

In 2000, the two of us met through the Project for Children with Special Needs in Richmond, which held a weekly playgroup for children with additional needs.

Because of our children’s communication needs, we both started to learn Makaton when they were about 8-9 months’ old. It was something we were told we would have to do by our children’s speech and language therapists – little did we know where it would lead us.

We both attended our first Makaton course and, as a way of revising and utilising the signs we had learnt, we began running signed story-times and sing-a-longs at the weekly sessions at the Project. Instinctively, we felt that reinforcing this early vocabulary through stories and songs was such a natural, child-centred way to support early language development.

We both had another baby quite soon after and we began signing with them as well, primarily to communicate with their older siblings. Tracy’s eldest son, Miles, has Down’s Syndrome & Autism and my eldest daughter, Ella, had a tracheostomy (plus other additional needs). It was obvious that sign language was going to be a long-term investment for both of our families. 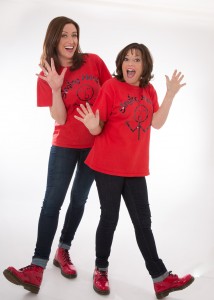 Initially, baby signing was simply a therapeutic necessity but it soon became one of the most enjoyable and rewarding things that we did. It was amazing! It opened a whole new world of communication between us and our children. Subsequently, we saw that our second babies were having a great time signing too. Therapists who came to our home to visit Ella and Miles would frequently comment on our other children’s verbal skills too. Both of us were sure that this was linked to their early exposure to signing in conjunction with speech. Here we were, doing therapy for our disabled child, but in actual fact it was beneficial to all our children. Not surprisingly, neither of us had a moment to read the literature about this back then and the whole concept of baby signing was not the phenomenon it is now.

Ella and Miles were due to start nursery in 2003, so from 2002 we set off on a mission to raise our community’s awareness about different ways to communicate. Our children were going into mainstream nurseries and we felt we wanted to foster an inclusive environment so that everyone around them needed to be exposed to, or using, some sign language. Fortunately, we both found nurseries that were already signing with the children in their settings and this gave us further encouragement to pursue what we were doing. We ran free drop-in sessions across the borough — at libraries, nurseries, schools, clinics — in fact, anywhere that would listen! Such was the response, we soon established our Singing Hands baby signing classes.

Singing Hands has grown organically over the years to include our toddler signing sessions, school & nursery workshops, regular sessions at Great Ormond Street Children’s Hospital and Evelina Children’s Hospital, annual trips to London Zoo and Whipsnade Zoo, professional workshops and travelling all over the UK. Back then, this was not even our plan – our only goal was to help our own children communicate with their carers and their friends at nursery. Anything thereafter has been a bonus!

We both completed our Makaton Foundation and Enhancement courses and qualified as Makaton Regional Tutors in November 2005. In my case, because Ella’s tracheostomy had stayed in longer than anticipated (nearly 3 years), I began using BSL with her to meet the needs of her phenomenal vocabulary and passed BSL Level 1 and 2.

Once Ella and Miles were at nursery, we soon decided to start work on creating signing resources in association with the Makaton Charity because, at the time, there had been hardly any Early Years’ materials available to support us on our signing journey. 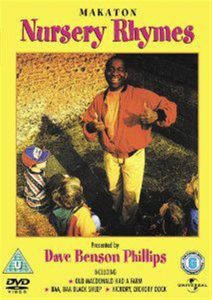 This fantastic video played a crucial role in helping us learn Makaton – it was brilliant, but that was all there was for us to watch and enjoy. One video! How times have changed. There were no baby signing classes to attend and no such thing as Something Special on the TV. We were living in a pre-Mr Tumble World (can you imagine that?!). We both LOVED this Makaton video, starring the fabulous Dave Benson-Phillips, and we watched it repeatedly on a daily basis. However, we felt very strongly that our children deserved access to more resources and to have more choice. If no-one else was making another Makaton Early Years resource, we felt we just had to get on and do it ourselves. We were passionate that our children had a right to choice and a right to learn, just like their typically-developing peers.

We started by publishing our two signed songbooks with accompanying CDs (in conjunction with the Makaton Charity). A chance meeting at a baby fair then enabled us to work with the BBC and we were privileged to appear on both Tikkabilla and Something Special. Following our singing slots on Something Special, many families contacted us to see if we also had a DVD of our songs – but we didn’t! So that inspired us to make our next batch of resources: a collection of DVDs so that parents, carers and children can all learn and enjoy the signed songs at home. We have 3 nursery rhymes DVDs and 2 Christmas DVDs along with corresponding CDs.  In 2018 we released our first collection of Pop songs for older children, teenagers and adults featuring Makaton legend Dave Benson-Phillips.  This pop resource coupled with content such as our CarPark Karaoke songs on YouTube. means that we now provide age-appropriate content for older children, young adults and adults as well as content for younger ones.

We are both ambassadors of  The Skylarks Charity  (formerly the Toy Library for Children with SEN) where the two of us first met in 2000.  In June 2019, Stephen Hall CEO of the Makaton Charity, invited us to become Patrons of the Makaton Charity joining Makaton legends Justin Fletcher and Dave Benson-Phillips.  On December 31st 2020, we received the amazing news that we had also both been awarded MBEs in the Queen’s New Year’s Honours List 2021 for Services to Children and Young People with Special Educational Needs and Disabilities.  This was a fantastic way to finish off 2020 which, due to Covid19, had been the most challenging year.

The past 21 years have been such an incredible journey for both of us and one that we would not have made had Miles and Ella not entered our lives in 1999. Ella and Miles remain our constant inspiration as do our other children Dominic, Florence & Oscar.

We very much hope that you will continue to share your own signing journey with us – thanks as always for your support. 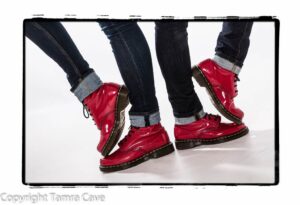 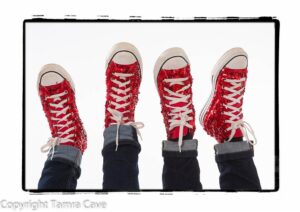